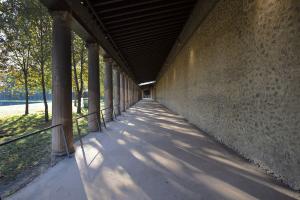 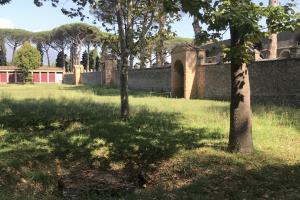 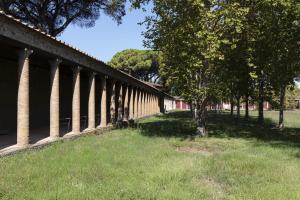 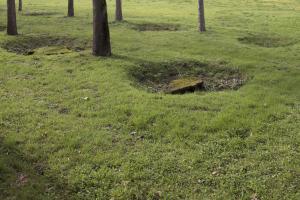 SATOR, AREPO, TENET, OPERA, ROTAS: these are the five Latin words that form a Magic Square, a palindromic enigma of ancient origin that has been an eternal puzzle for archaeologists, epigraphists and scholars of religions, mathematics, and esotericism. What makes this Magic Square so special is that the words are palindromic also when read vertically, from top to bottom, or from bottom to top. What is also surprising is that when all the letters are taken together and anagrammed, they form "Pater Noster" twice, in the form of a cross, together with "A" and "O" appearing twice at the tips of the cross, representing Alpha and Omega, the beginning and the end, in the tradition of the Apocalypse of John.

A sophisticated play of words, and so complicated that its creation has been attributed to divine inspiration, and its solution is still a mystery. Some truly bizarre hypotheses have grown up around the phrase, alongside the Christological interpretation, ranging from a simple puzzle that translates from the Latin as "the farmer Arepo uses a plough for his work", to an alchemic formula, all the way to the Templars' password. Also its presence in Pompeii, where the engraved stone – currently the oldest known example of the Square - was found on a column in the Large Palaestra in 1936, is itself an enigma. The Magic Square might be an encrypted Christian symbol that was used as a form of coded message, since Christianity was practised in secret at the time by a minority in Pompeii, but on the other hand it might be linked to the tradition of Dionysian mystery cults, which had the power to take initiates into an ultra-terrestrial world. Or it might even come from a Mithraic cult, interpreting the words "pater noster" as a reference to Saturn - Sator - the father of the gods. The many interpretations only confirm the abundance of religions and cultures in ancient Pompeii, where the Christian minority probably lived alongside the pagan majority, but there would also have been a Jewish minority as well as mystery cults imported from the East, which spread through the Roman world by means of esoteric initiation rites. 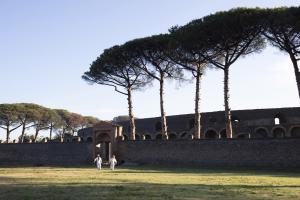 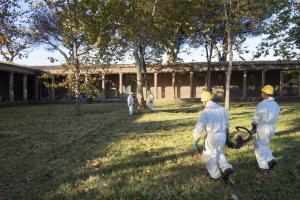 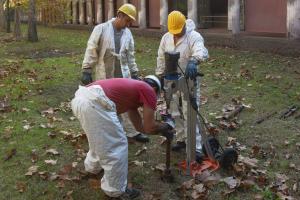 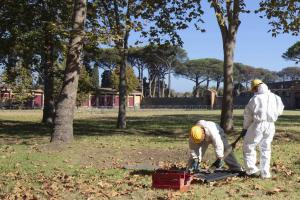 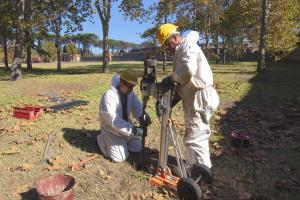 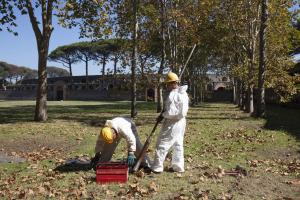 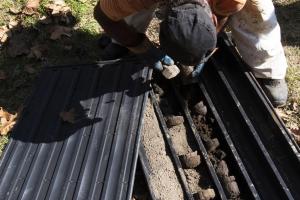 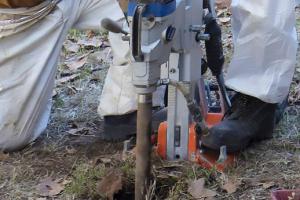 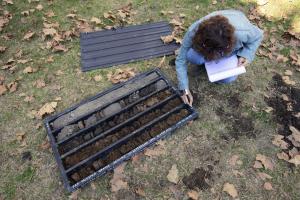 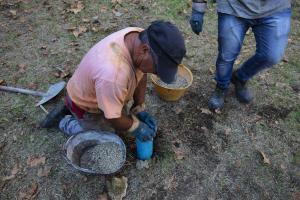 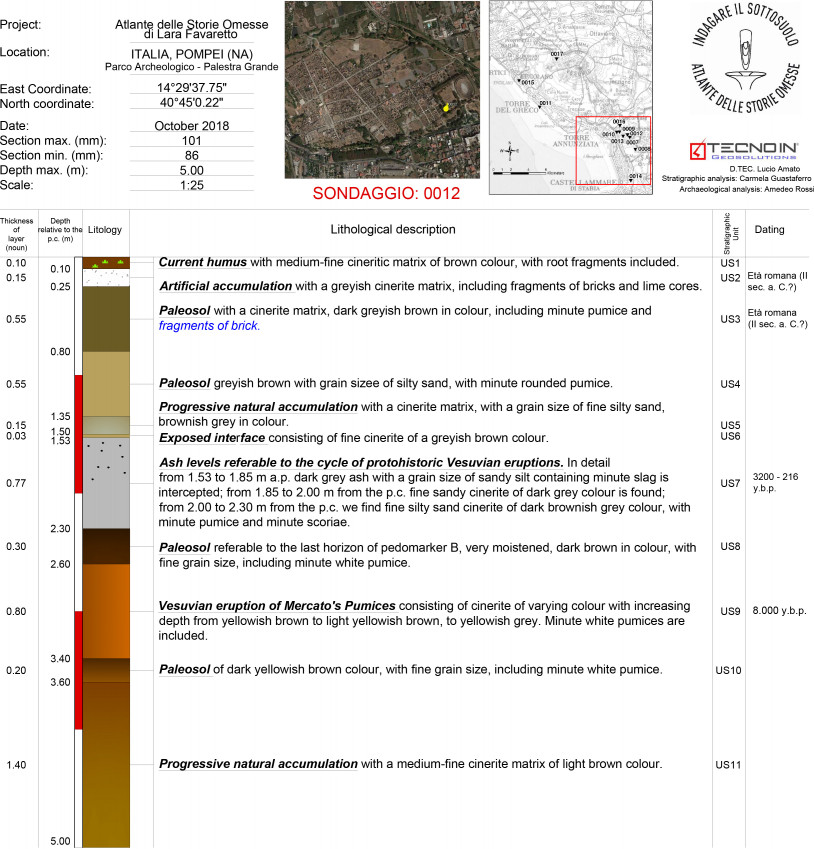 The 0012 core boring site is inside the Archaeological Park of Pompeii, close to the south-west corner of the arcade of the Great Palaestra.

This large complex to the west of the Amphitheatre was excavated in the 1930s. The archaeological excavation showed that the floor level was lowered about one metre below the surrounding area, leaving only the arcades at the original level, on the northern, western, and southern sides of the complex. These consist of 118 brick columns with tuff capitals. There were large plane trees in front of the arcades and they had been planted at the time of construction of the building, which dated from the Augustan age, and plaster casts have been made of their roots.

The stratigraphy sampled contains no relevant archaeological evidence, confirming what has already emerged from the excavation, which is to say that the floor level had been lowered by about one metre. The core drilling, which went down to a depth of 5 m below ground level, came across an artificial accumulation in the first 0.25 m with fragments of bricks and lime, the top part of which is the current humus. Below this was a sequence of ashes that had been disturbed and humified, at 1.53 m below ground level, resting on the products of protohistoric eruptions of Vesuvius. Below this, from 2.3 to 2.7 m, a well humified palaesol. commonly referred to as “palaeosol B” – an important stratigraphic marker – was found. It was formed by the pedogenesis of elements altered by the Mercato eruption of Vesuvius 8000 years ago, with colours ranging from yellowish brown to yellowish grey. Lastly, at a depth of between 3.4 and 5 m, rearranged cinerites were found, humified in the upper 0.20 metre layer. 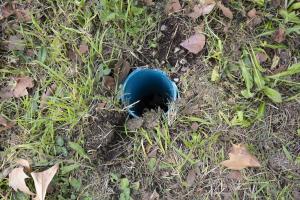 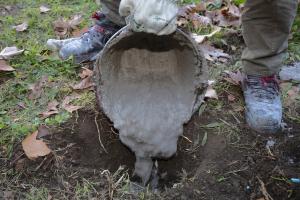 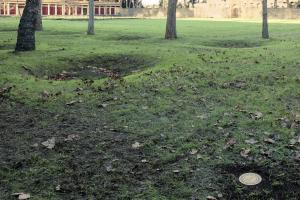 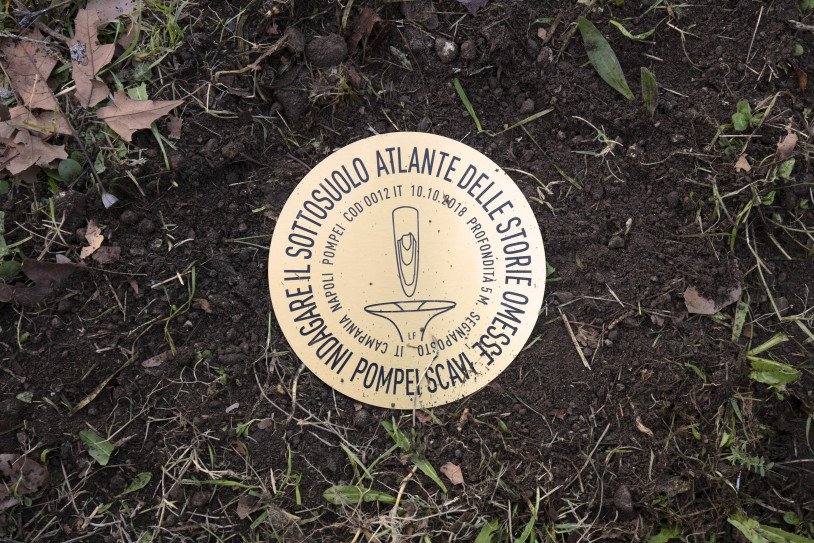